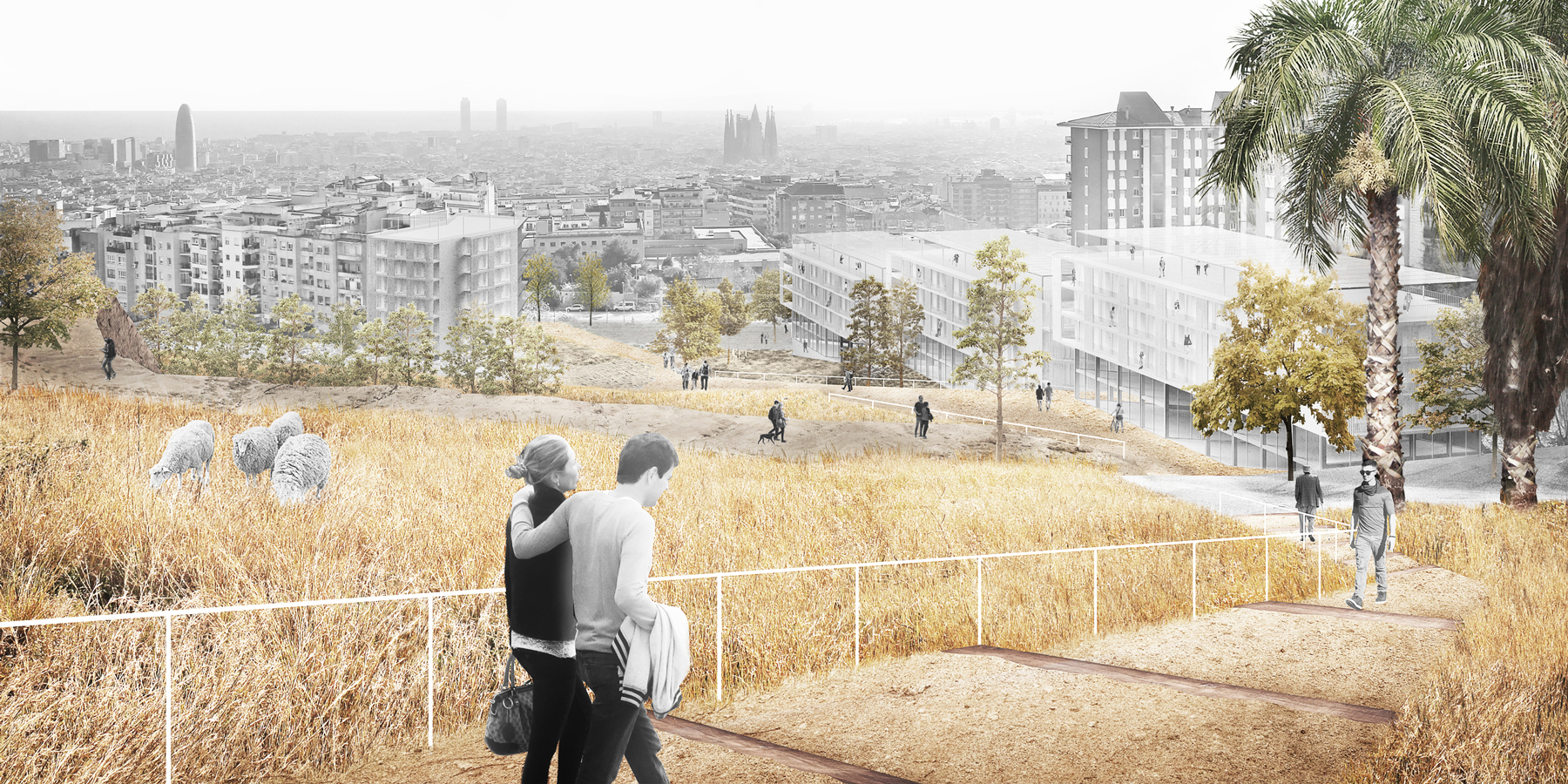 Els Tres Turons, the three hills, are a feature in the Collserola range which, together with Montjuïc, make up the mountainous areas that define the relief around the Barcelona Plain. As an area, it is the city’s Central Park, a key element in its green infrastructure that represents the physical and metabolic connection with the territory. This proposal distinguishes two parts: the areas with facilities around the edges, on the lower slopes, and the sensitive areas around the hilltops, where human presence will be reduced to encourage the development of biodiversity. The two areas are delimited by paths leading to the vantage points, which use their centrality and the relief to offer panoramic views of the city.

The system of paths is related to the water strategy in order to guarantee maintenance and soil conservation. The fountains and springs and their settings are recovered as cultural spaces related with water. Management of vegetation concentrates on maintaining and increasing the existing plant life by reversing the interference to which it is currently subjected. The periphery is seen as a space of exchange between the park and the surrounding neighbourhoods, making the park permeable and extending its contact boundary to enable the districts to participant in the whole. This porous strip houses the heritage, sport and recreation, productive, and cultural and teaching spaces. 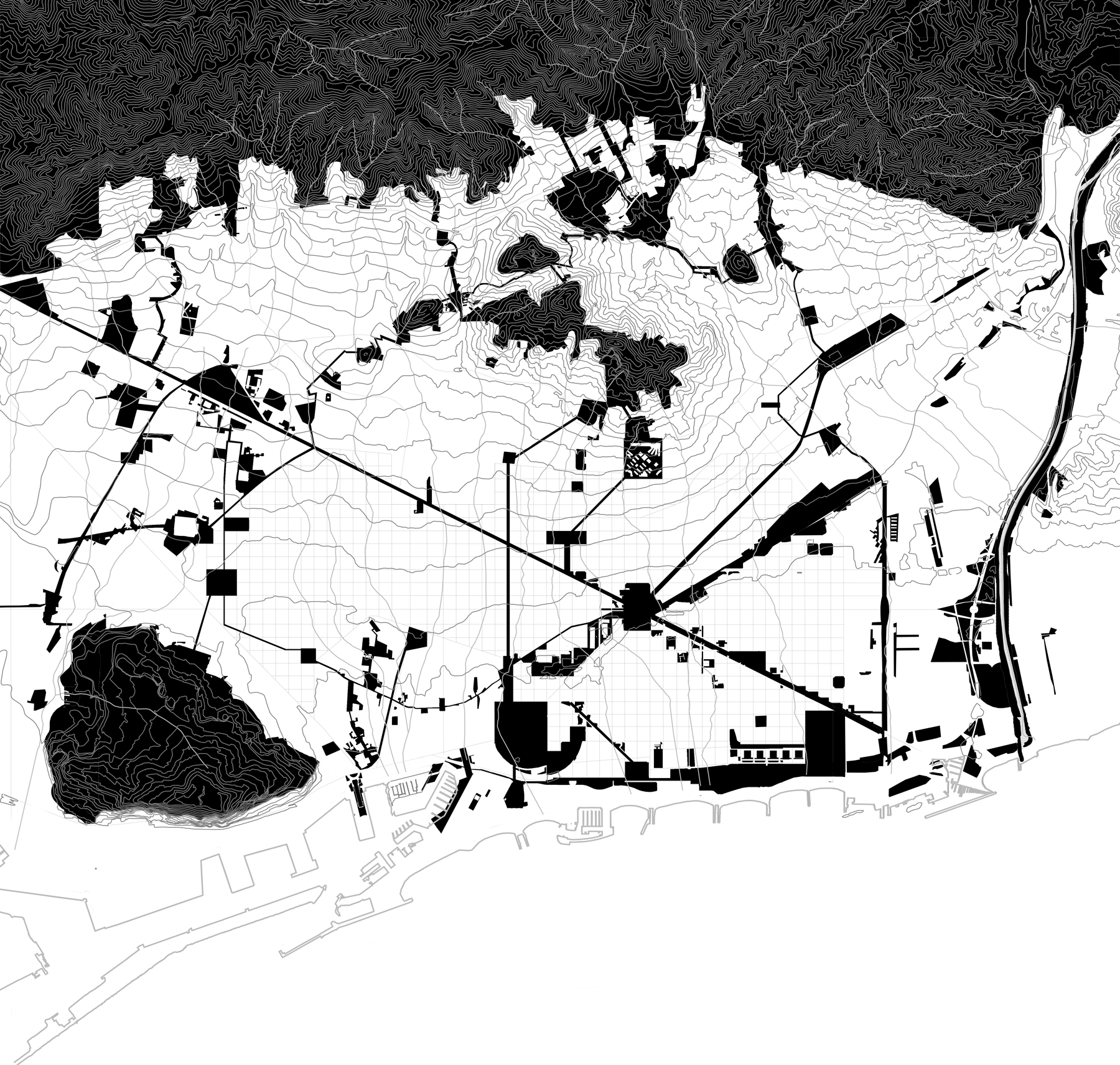 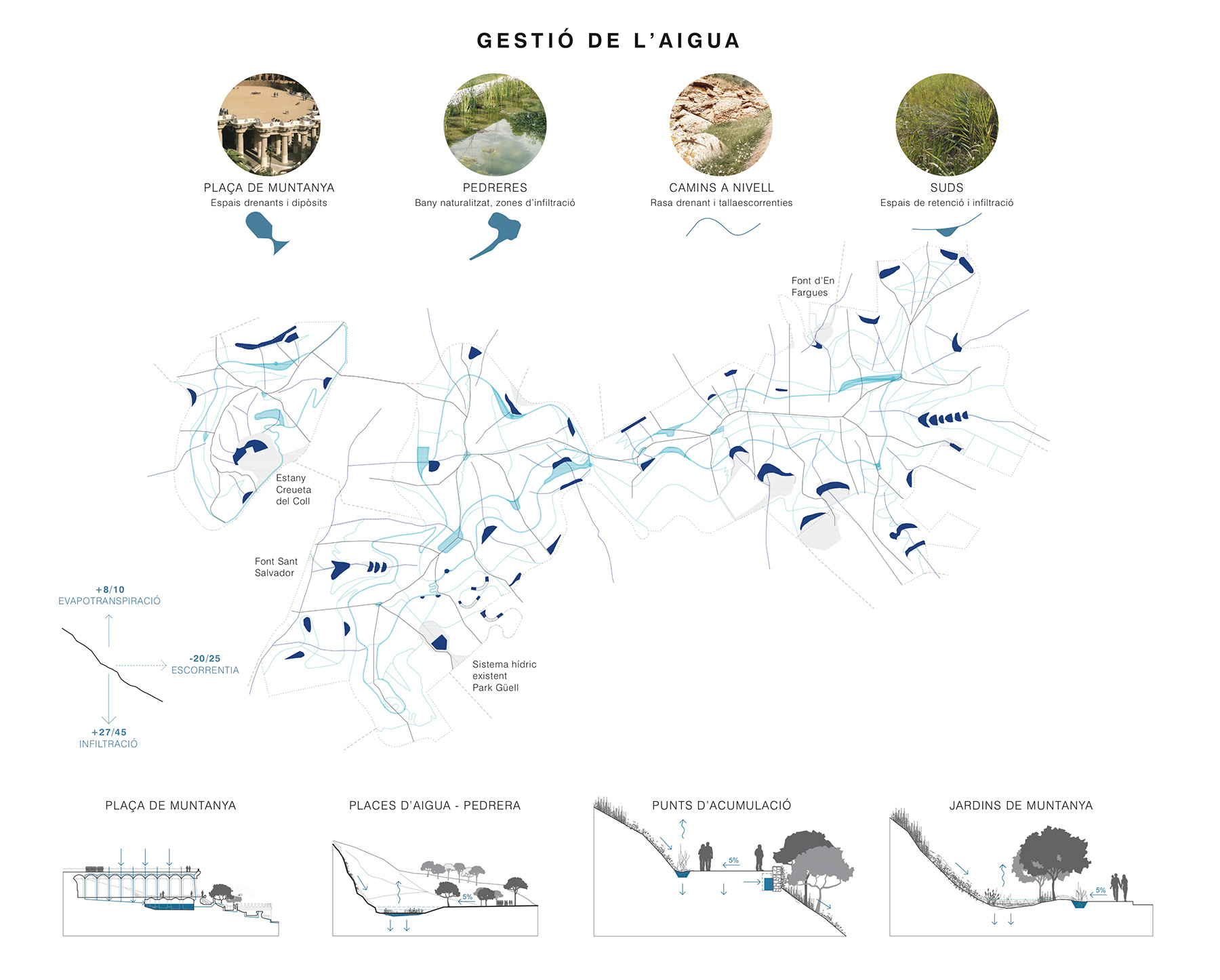 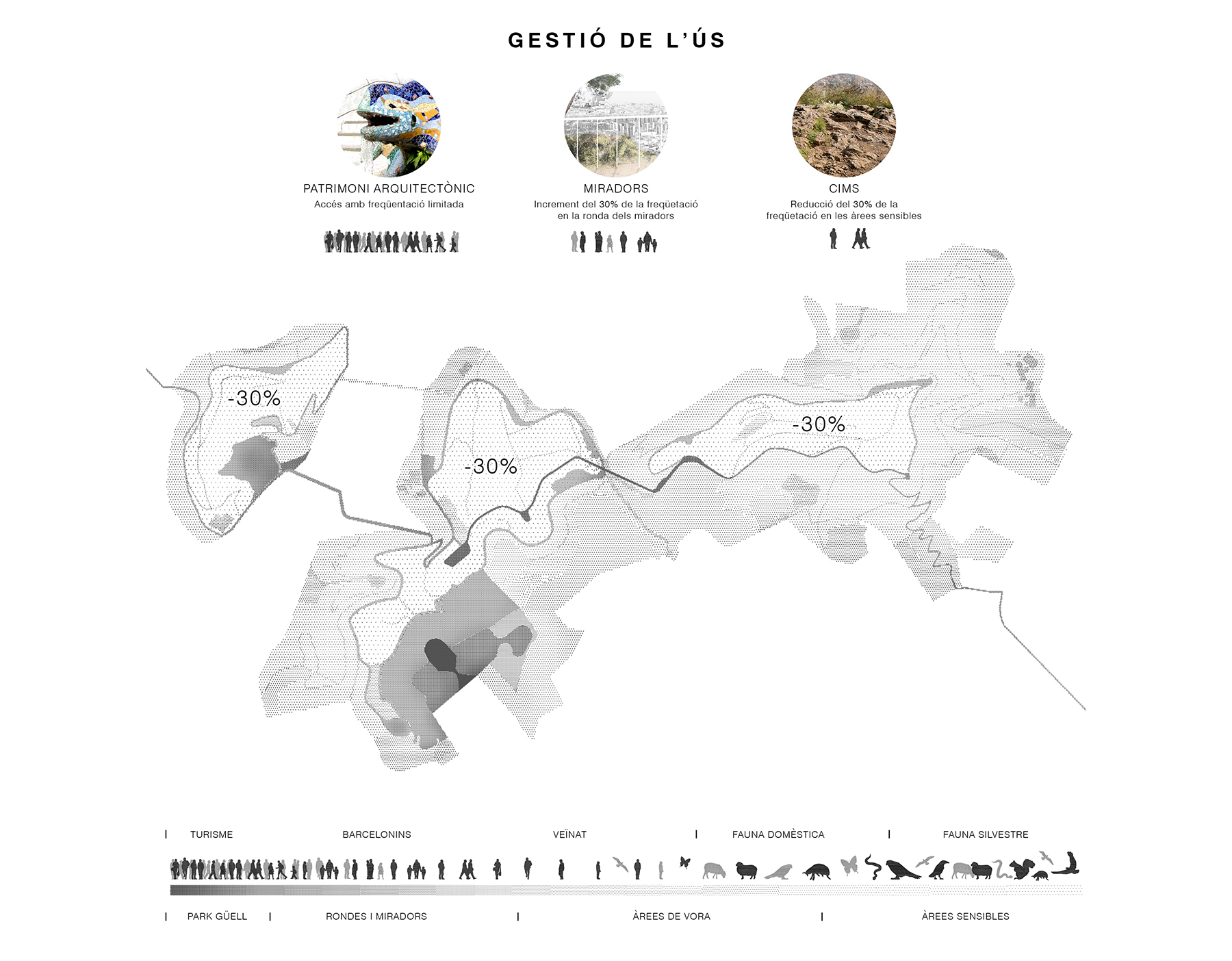 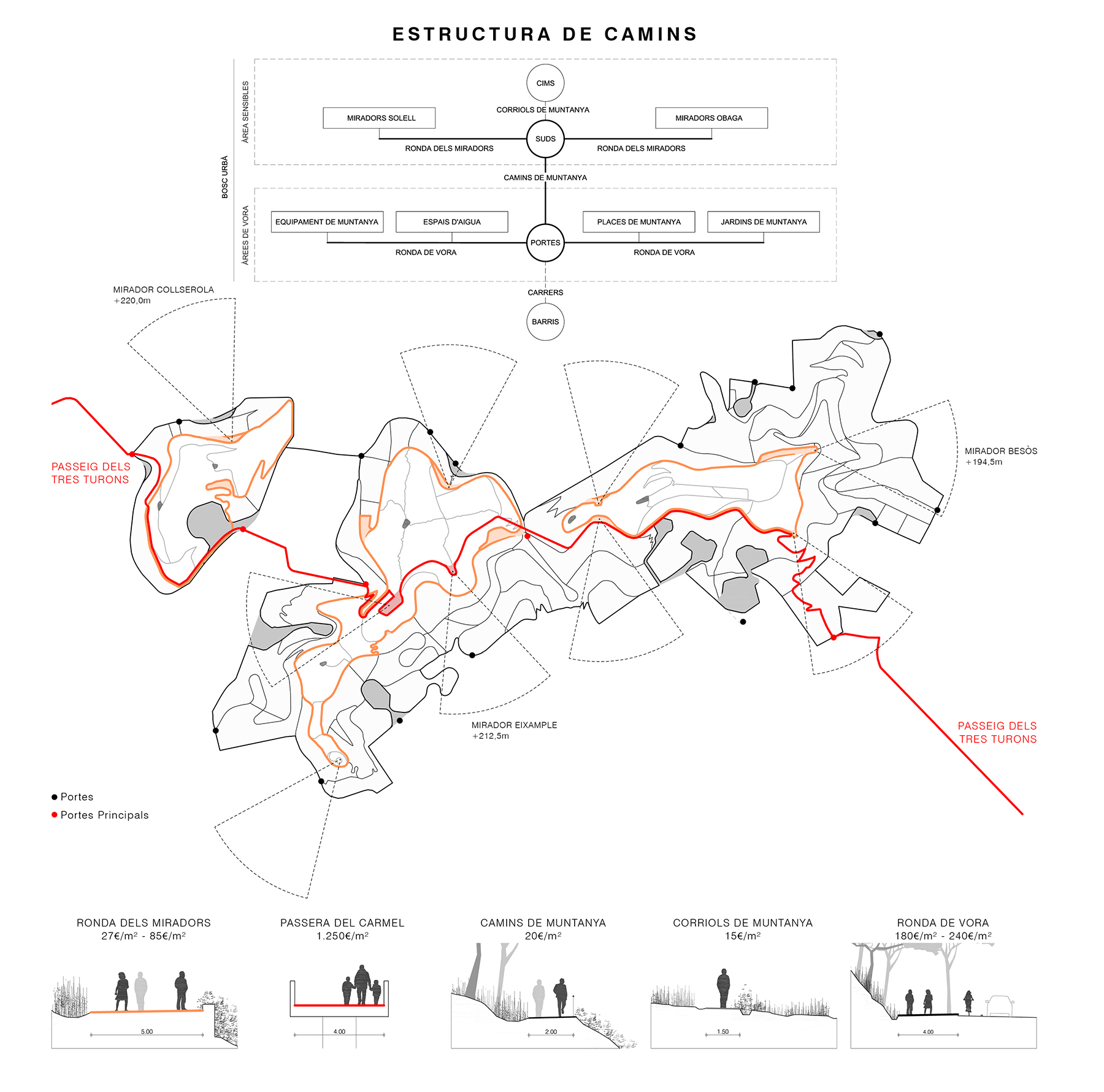