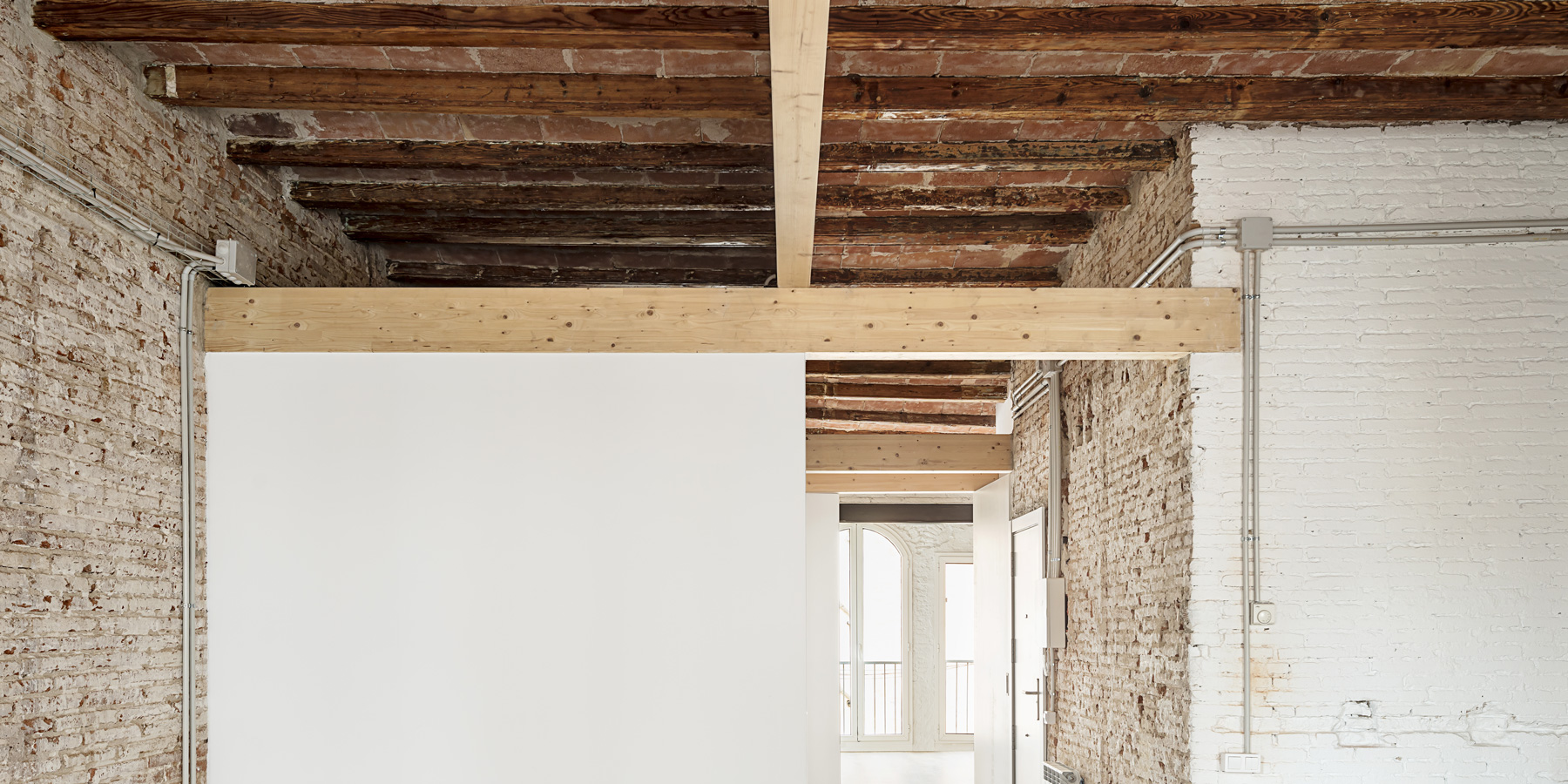 Rehabilitation of a dwelling. Built work

On the penthouse floor of a four-storey building on Carrer Verdi we find a 75 m2 dwelling dating from the mid-20th century. Its floor plan is rectangular, measuring 13 metres long with a span of 5.5 m. Practically in the middle, built against one of the party walls, is the stairwell. The two short sides are façades, one overlooking the street, with two windows and a French door, and, at the other end, by means of a gallery space, the flat is ventilated by the courtyard at the centre of the street block. The pre-existing partitions divided the space into small rooms with a dark, narrow passage.

The aim of the intervention was to extend the spaces and improve the way they interrelate. The partitions were stripped thanks to the introduction of a large timber trumeau that supports the joists in the roof. To adapt to the lengthwise profile of the dwelling, this great vertical beam has a variable section and rests on four points, on two timber cross beams that delimit the vertical communication shaft. The living area is situated in the new space on the street side, and two bedrooms are inserted next to the inner courtyard with the incorporation of the gallery space, enlarging the openings in the wall. 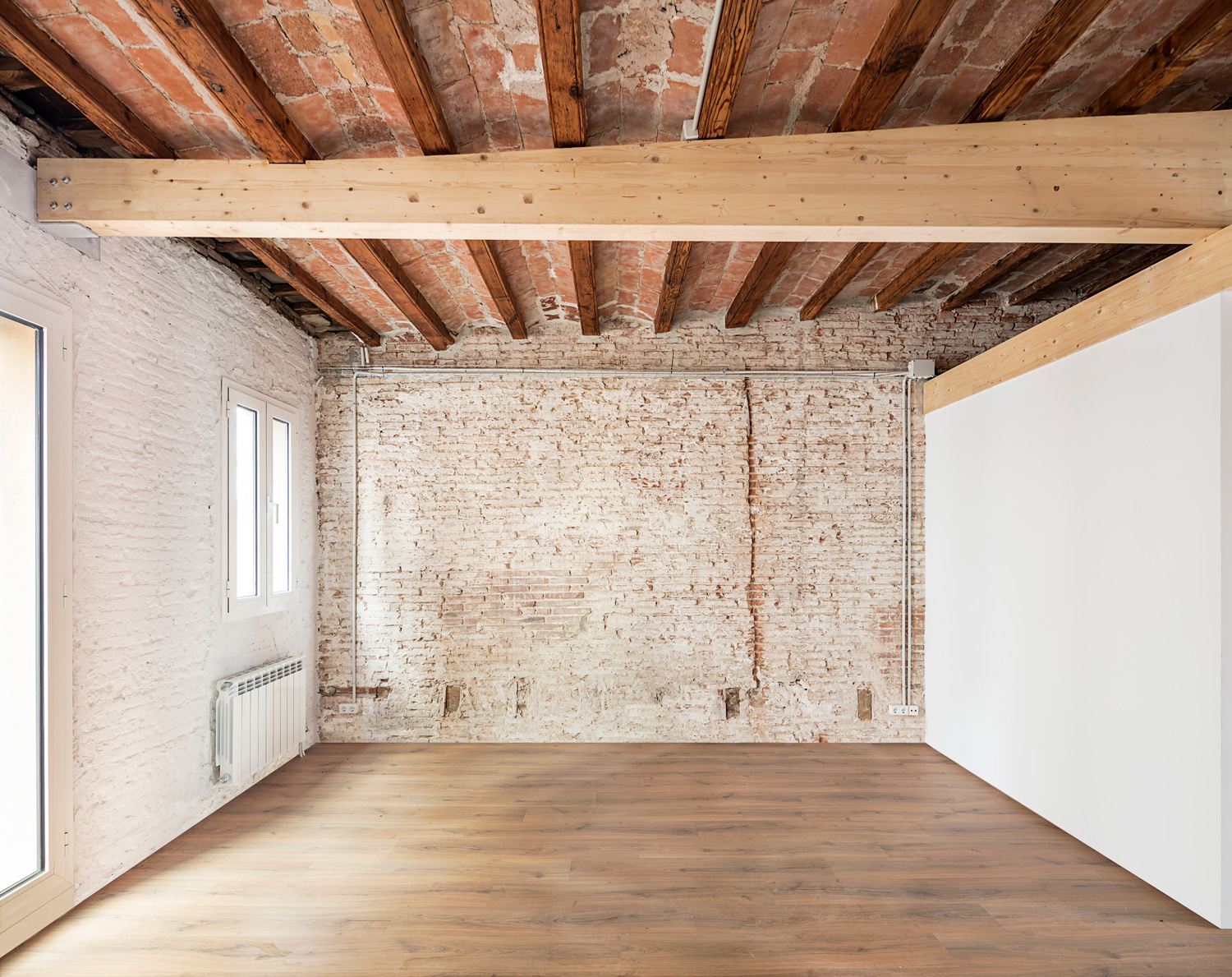 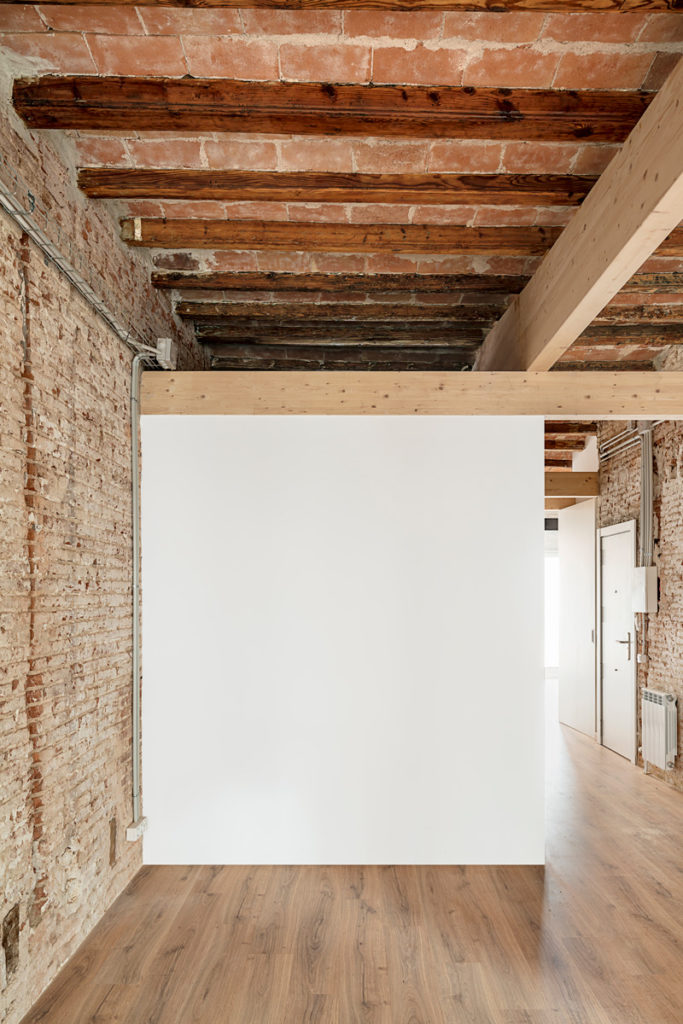 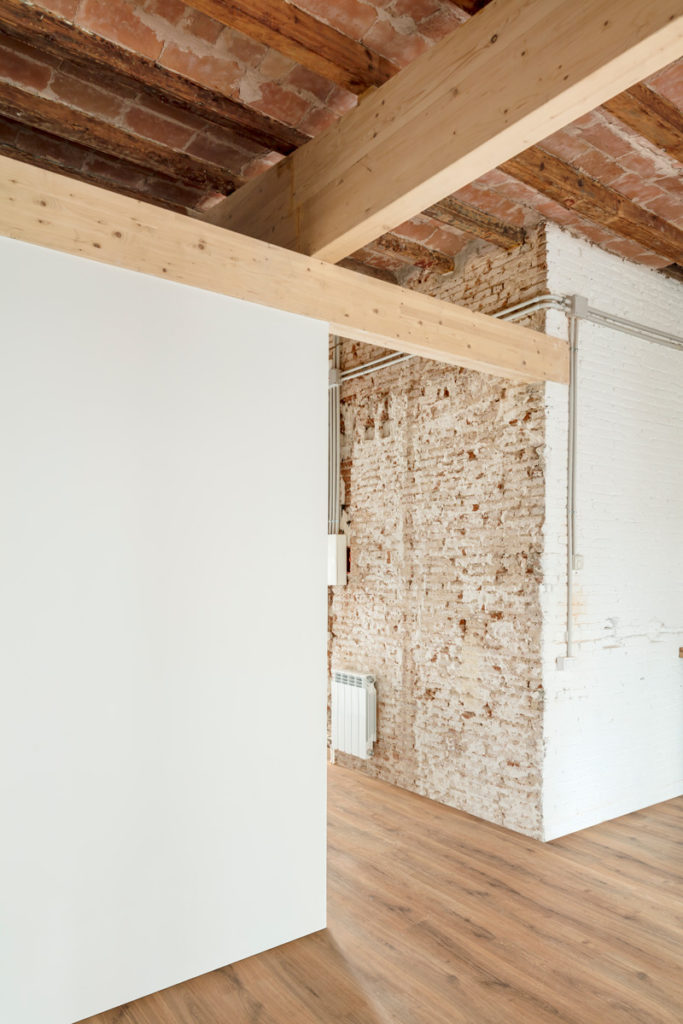 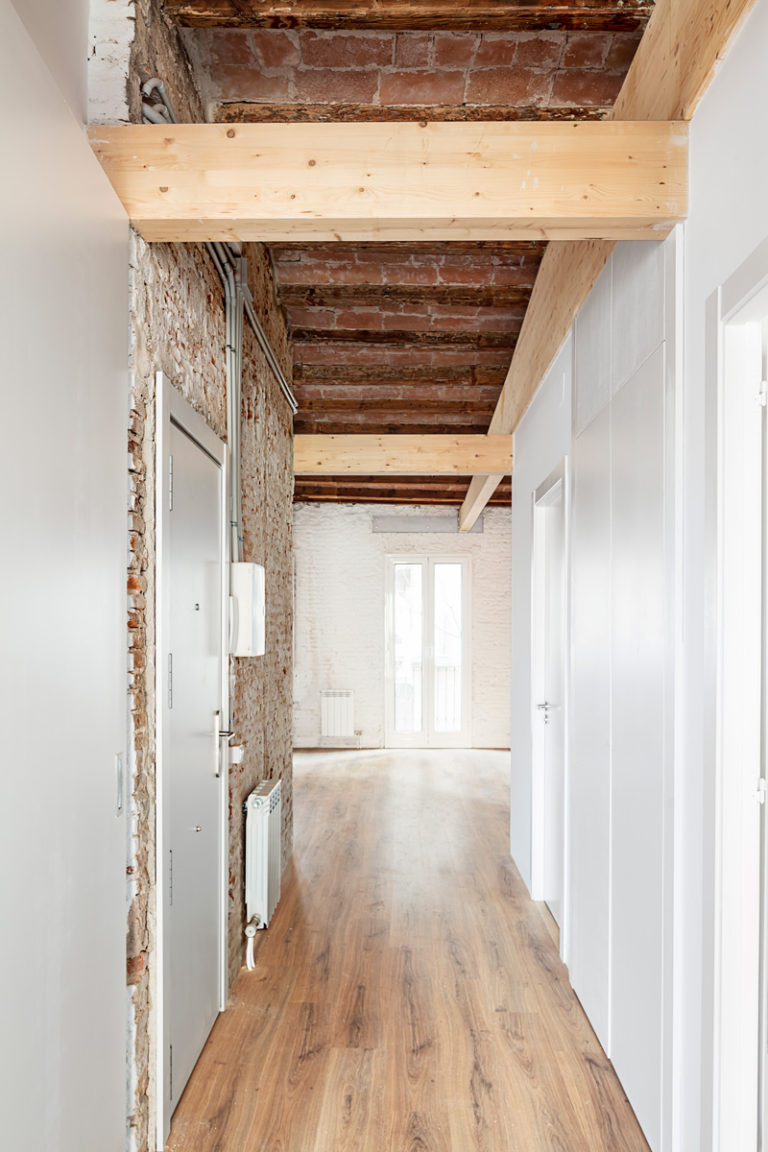 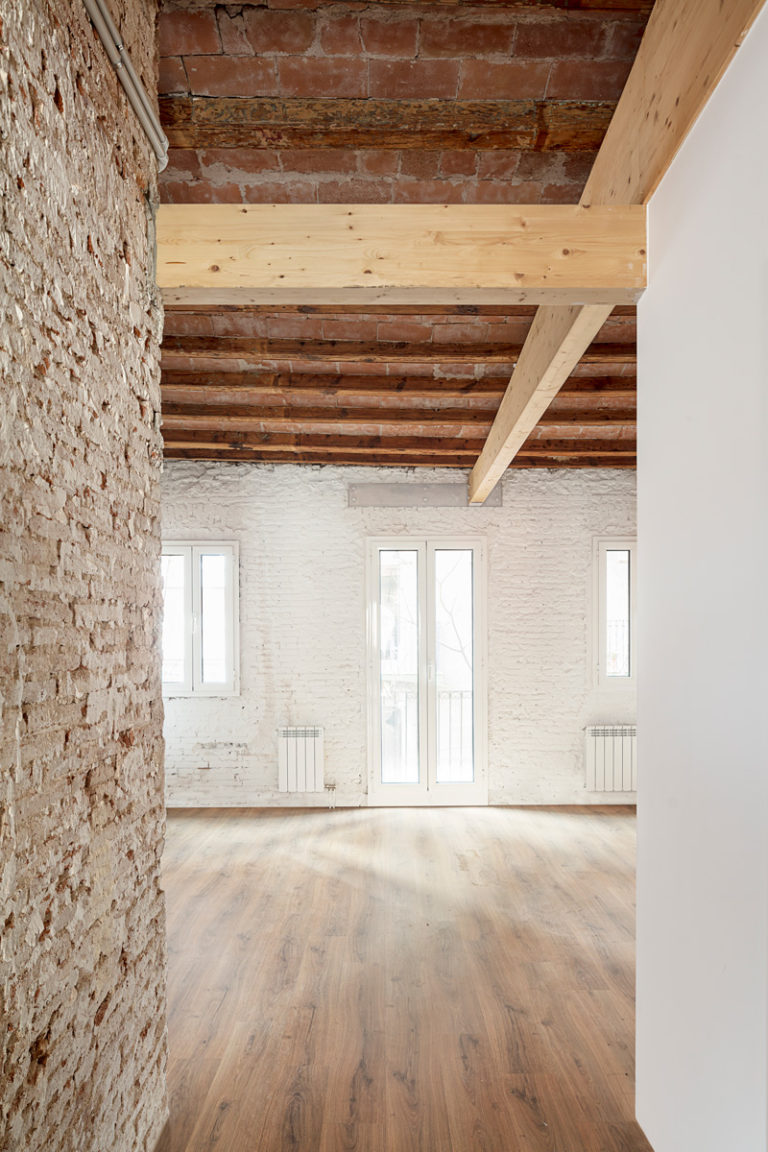 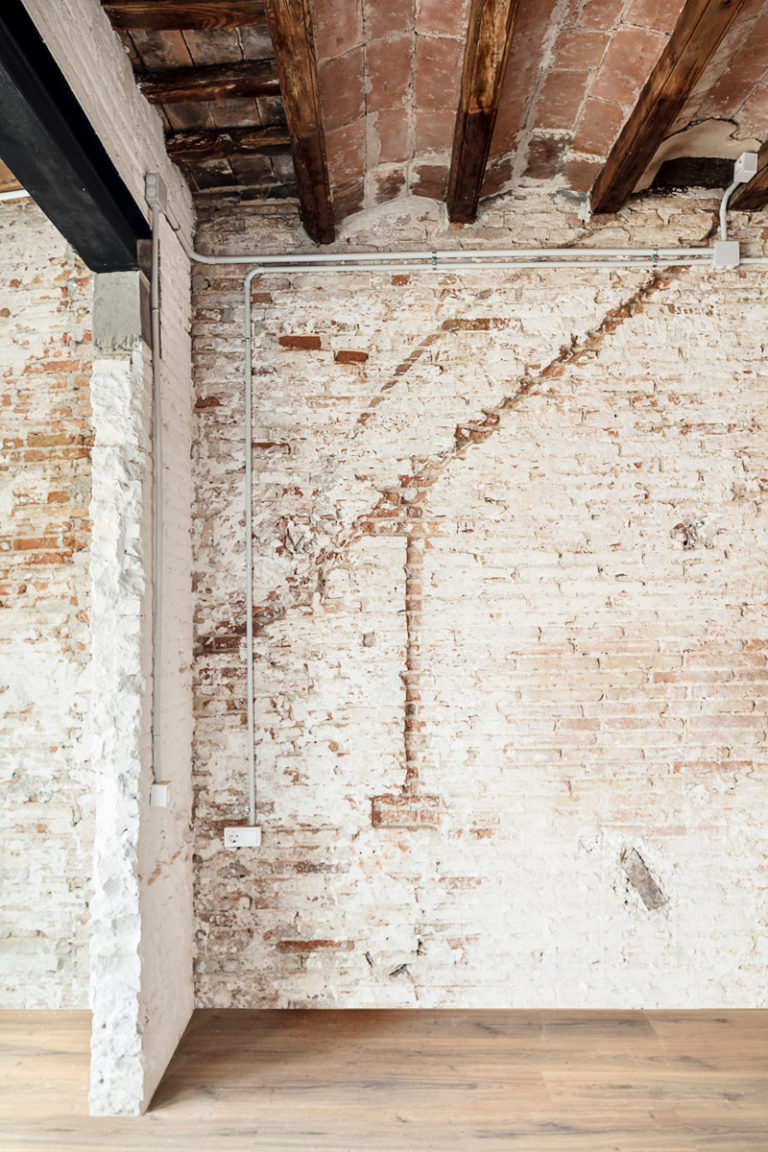 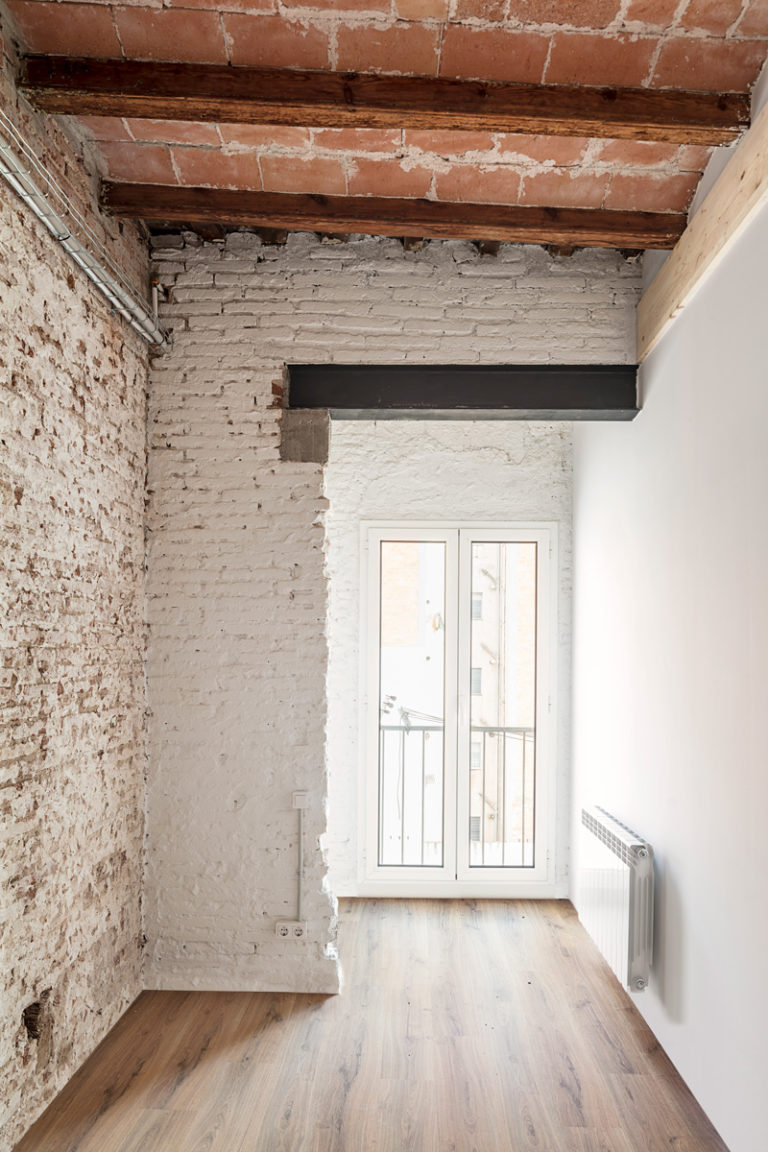 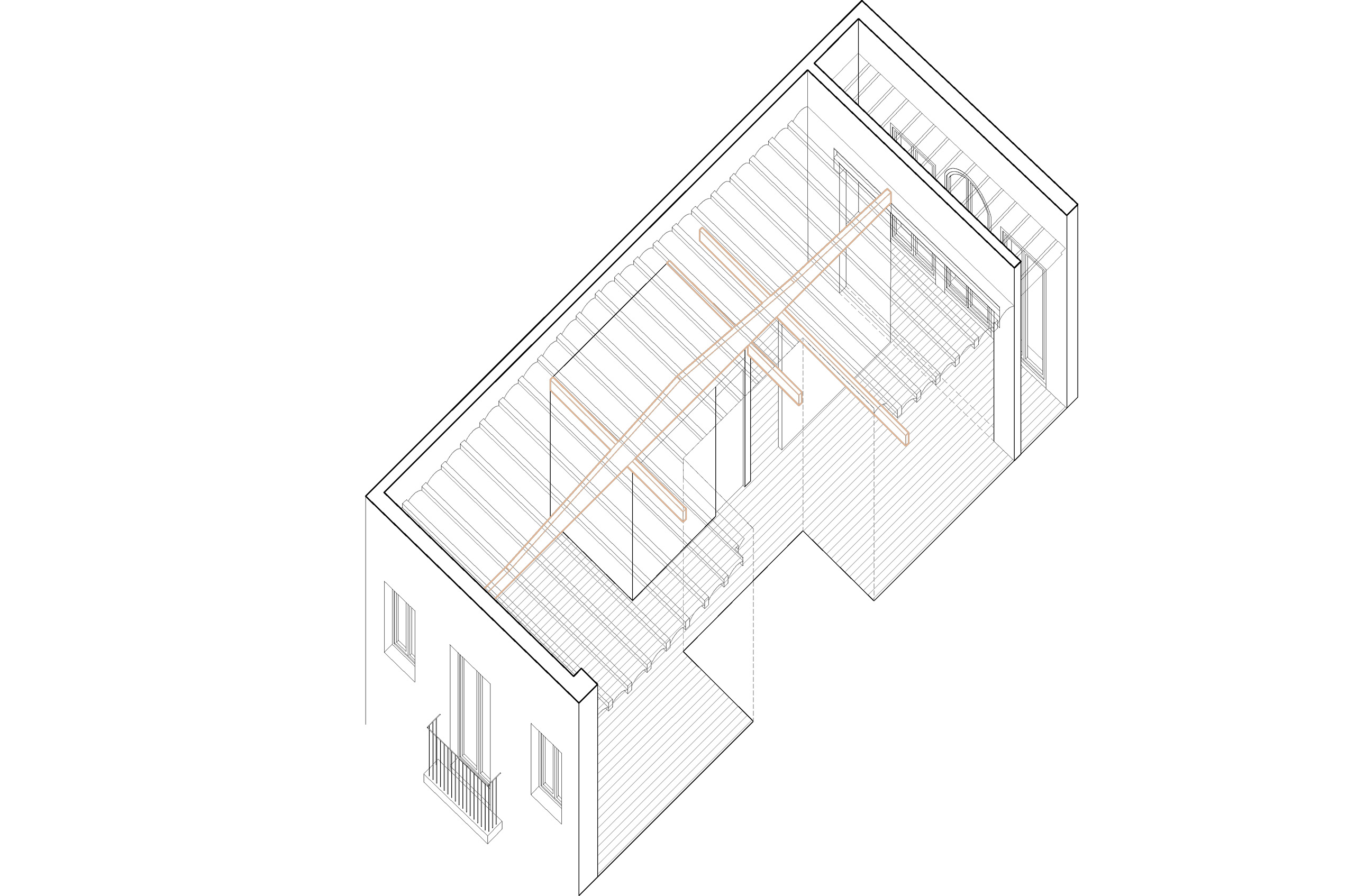 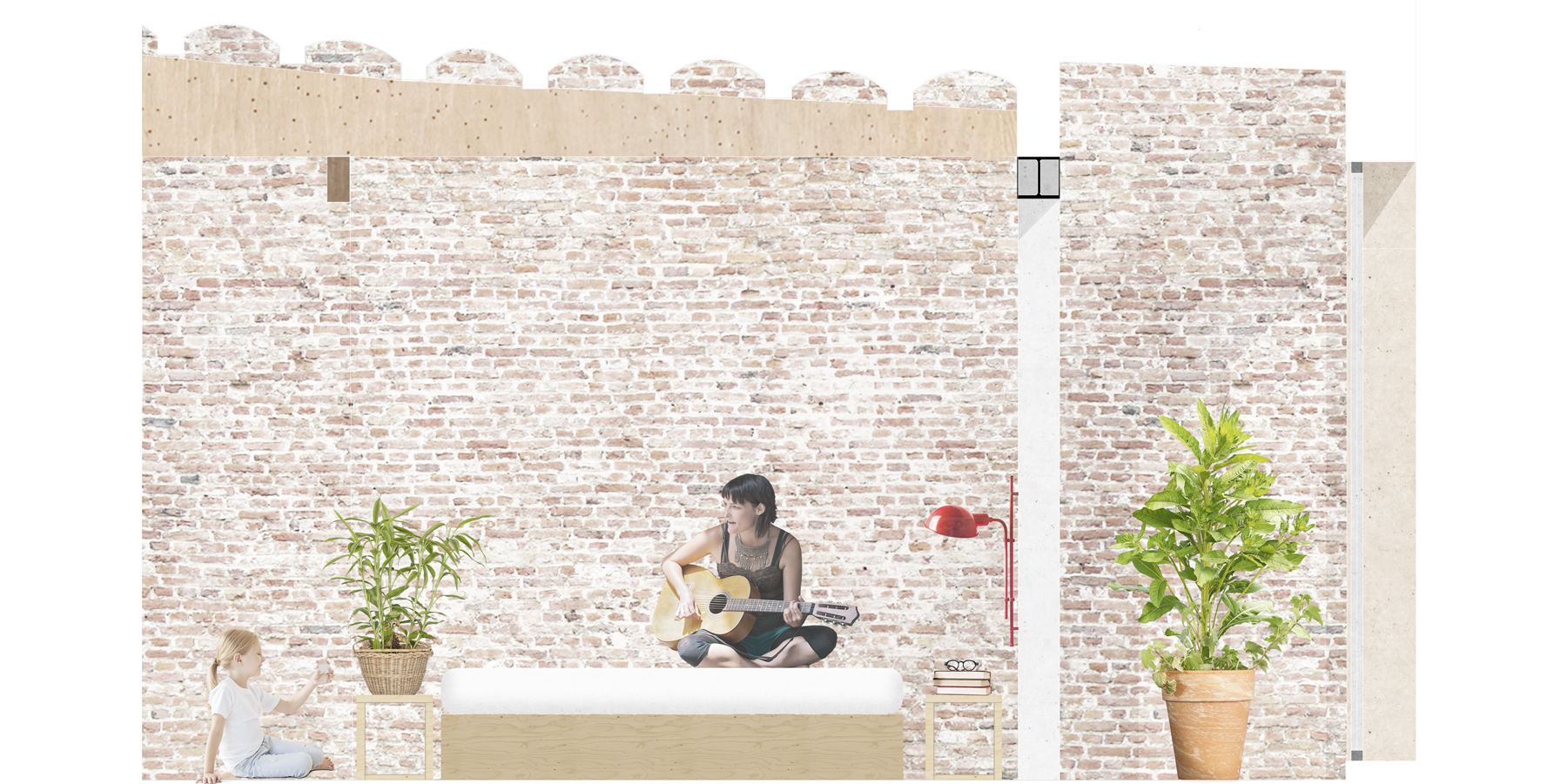