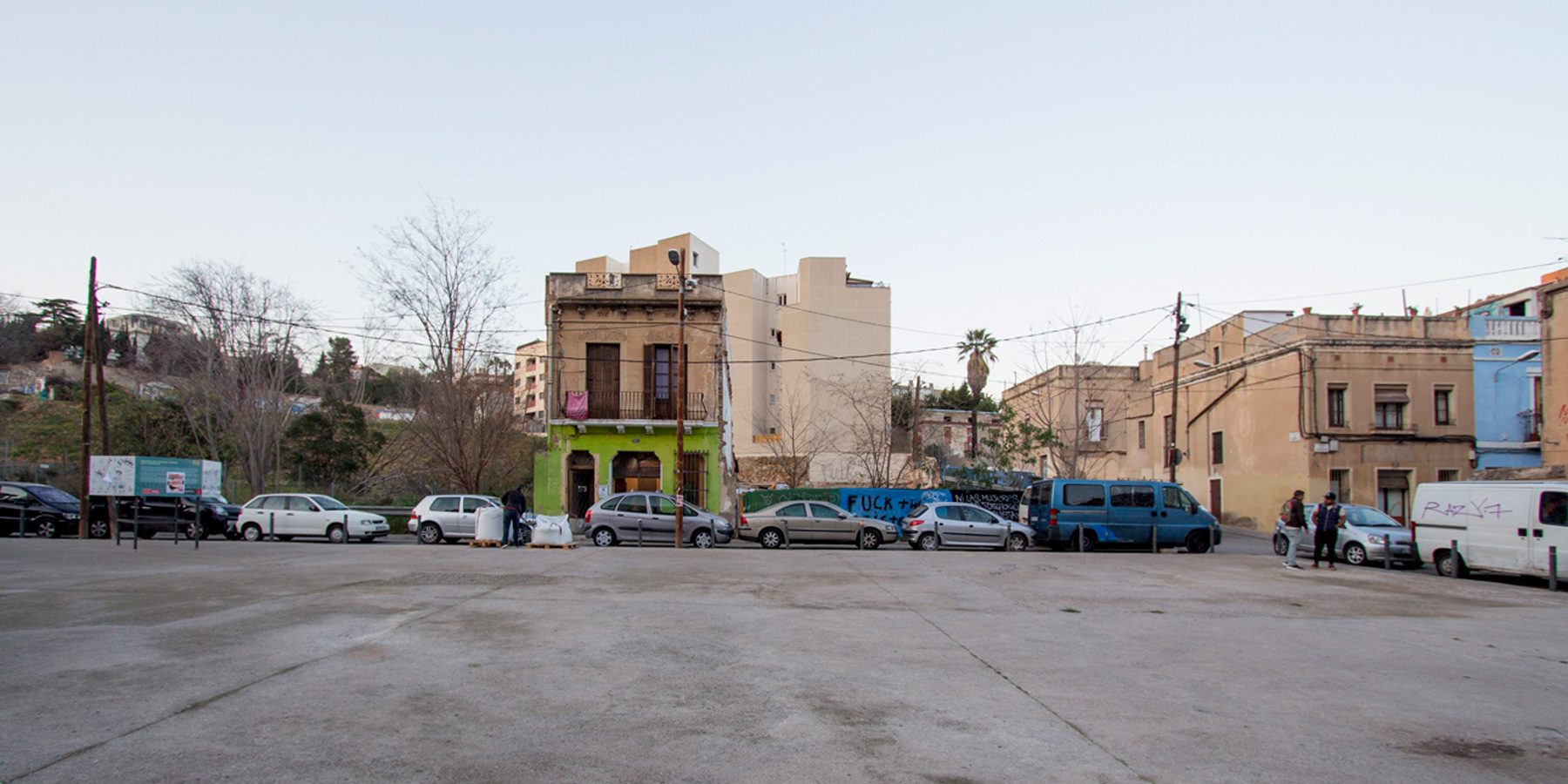 Criteria for the modification of the Metropolitan Master Plan. Urban planning

As a result of urban plans to develop a variety of interventions, between 2008 and 2009 the old town of Vallcarca was demolished. Ten years later, the new dwellings that were supposed to replace the old houses were not constructed, leaving an urban void that became the centre of multiple neighbourhood protests. In 2017 an ideas competition was announced to establish an urban planning basis for the forthcoming modification of the metropolitan master plan, taking into account local residents’ demands and programmatic needs, which will define the new centre of Vallcarca.

The main decision is to concentrate building around the perimeter, making the most of the existing streets and distribution of services, and maintaining 65% of the total land as an undeveloped permeable surface for productive use. We regard water as part of the neighbourhood’s heritage and identity, and therefore propose it as a strategy of continuity in order to generate a self-sufficient productive space based on accumulation and channelling rainwater from the surrounding catchment areas. The study proposes the rehabilitation of the surviving buildings and the construction of new ones along the existing layouts, with a maximum building height of four floors. 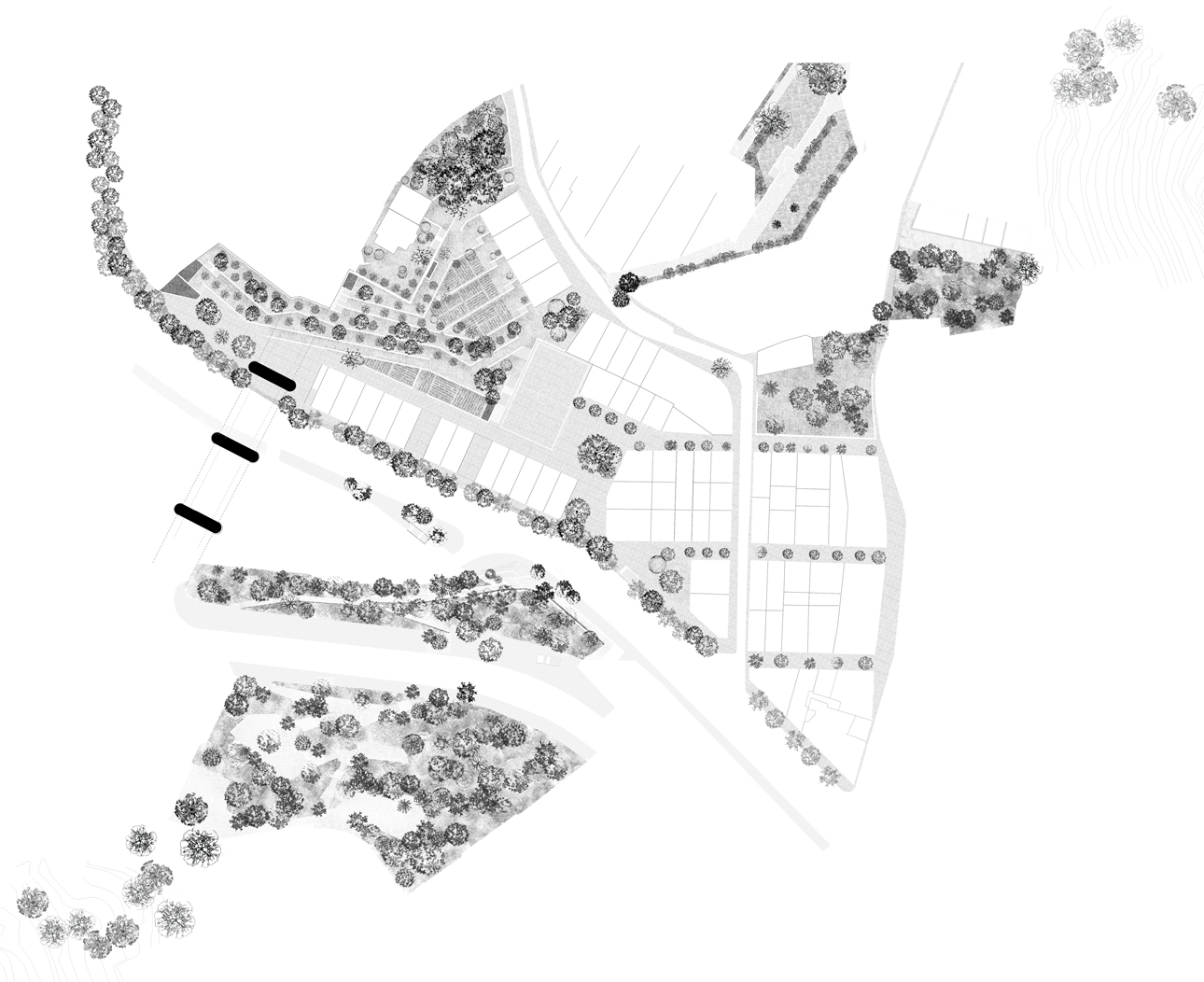 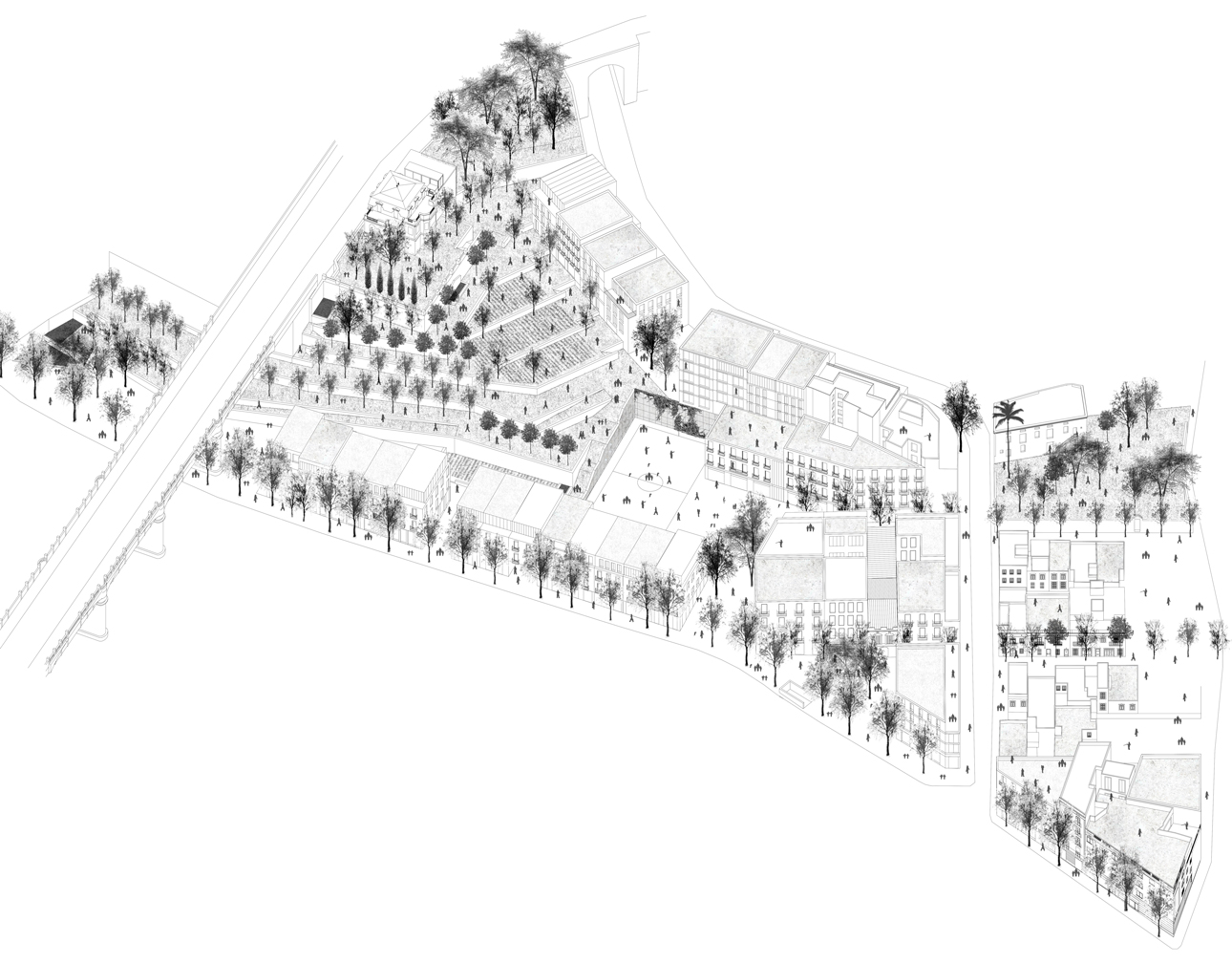